It’s been quite awhile since I’ve tackled some of the idiosyncratic idioms Americans use on a daily basis. English is my first language, and I’m bemused on a regular basis by many of these expressions. If you think about the actual words, and not the implied meaning, you can’t help but ask, “For real?”

I always wondered WHY one foot would be better than the other? As if you’d have a clown shoe on one foot and a fancy dress shoe on the other.

Today this phrase is often used with regards to making a good impression when meeting someone for the first time, such as a job interview or a social gathering. It also can also mean putting your best efforts into taking on a new task. 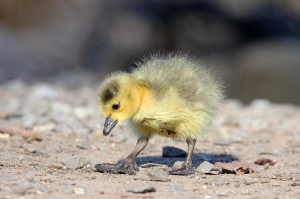 There is some argument over when this phrase originated. Some claim “Always put your best foot forward” dates back to 1495. Others insist the phrase was first recorded in 1613 in a poem by Sir Thomas Overbury.

However, what most people do agree upon is the misuse of “best” when comparing only two items. “Best” assumes there are three or more items. The correct usage is “better”, as in Shakespeare’s King John (1585): “Nay, but make haste; the better foot before.” I don’t know about you, but I’m not arguing with Shakespeare.

Today this phrase is typically used to describe someone who’s madly in love, as in “head over heels in love.” But…for real? Where do you usually find your head?

This phrase actually originated in the 14th century as ‘heels over head’, meaning doing cartwheels or somersaults.

The first recorded use of “head over heels” appeared in 1771 in Herbert Lawrence’s Contemplative Man.

However, the first recorded reference to love didn’t appear until June 1833 in an Indiana newspaper, The Lebanon Patriot:

About ten years ago Lotta fell head over heels in love with a young Philadelphian of excellent family. 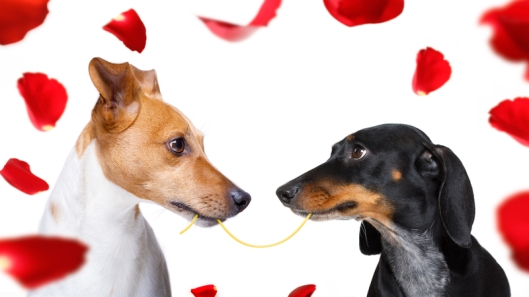 This is another phrase that—if you think about it too much—makes no sense whatsoever. No surprise…the origin of “like nobody’s business” is as elusive the literal meaning.

The Oxford English Dictionary claims that P.G. Wodehouse first used the phrase in 1938: “The fount of memory spouting like nobody’s business.” It’s speculated that “like nobody’s business” was a popular phrase in the 1920’s and 30’s, used as a replacement for something more shocking. The light-hearted, carefree spirit of the times embraced humor and originality of other phrases, such as “the cat’s pajamas” and “the bee’s knees”.

There’s a glorious full moon tonight … a marvelous night for a moonwalk. No, not on the surface of the moon … the dance move Michael Jackson made famous in 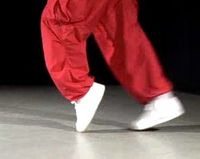 For anyone who’s too young to remember Michael Jackson, or is just unfamiliar with the illusive dance technique, the moonwalk — when done well — creates the illusion of the dancer sliding backwards while attempting to walk forward.

But just like the moon in tonight’s sky, the moonwalk was around long before Michael Jackson…

Who invented the Moonwalk?

Proof-positive recordings only go as far back as recording technology. I, however, wouldn’t be surprised if the moonwalk originated centuries before the first film recording. Anyway…

Here’s what we know for sure:

Cab Calloway, the famous jazz singer and bandleader, was recorded moonwalking back as 1932. Calloway is noted to have said that back in the 1930s, the dance move was called “The Buzz”.

Americans weren’t the only ones to incorporate the enigmatic dance move into their routines. The famous French mime, Marcel Marceau, used the moonwalk throughout his career, starting in the 1940s. In Marceau’s famous “Walking Against the Wind” routine, he moonwalked as he pretended to be pushed backwards by a gust of wind, as he tried to walk forward.

There were more contemporary performers, such as David Bowie, who performed the moonwalk before Michael Jackson busted the move on MTV in 1983. Still, there’s no question that Michael Jackson was the one who made the moonwalk famous for our generation, and a few more to come.

Pretty awesome. The first time I saw that move I thought, “I want to learn how do that!” And now, with the help of YouTube, we CAN!

I don’t know about you, but it’s been a long week for me. I met a huge deadline and it went well, but now it’s time to embrace a little Hakuna Matata.

You know the song…

WARNING! Fart jokes ahead.
But seriously, what do you expect from a warthog?

[From The Lion King, by Walt Disney Studios]

Well, you’ve got to get in the Dance-Party mood somehow.

But if that’s too much, too soon… Maybe a reminder about what’s really important is in order …  just the bare necessities…

This bear’ll get you dancing in no time…

[From The Jungle Book, by Walt Disney Studios]

That beat had to put a sway in those hips. No, I’m not inferring they are as big as Baloo’s! Chill, will ya?

Now go get your boogie boots. And make John Travolta wish he were like you-hoo-hoo! Note: Hula skirt, headdress, and coconut face mask are optional.

The mystery of an age-old disease … solved!

The disease starts innocuously enough. That’s the rub. You’re hunched over your keyboard hour after hour, day after day determined to make that deadline.

The walls of your writer’s cave close in on you. The deadline approaches faster than is relatively possible (what did Einstein know about time anyway?). The pressure builds until things get so intense that you don’t know whether to light your hair on fire or run up the walls, full-on Matrix style. Because if you don’t, your head will explode.

Yeah, been there. Write long enough, and we all go there

eventually. It seemed like a hazard of our trade. Then  I discovered that this sickness has plagued mankind from the time the first ships dared to sail out to sea. But back then, they called it Cabin Fever. And it was the Muppets who found THE cure!

Here’s all you have to do:

Though, a dancing elephant pretty much rocks my world any day of the week! Looking down a long holiday weekend or not.

But I may be prejudiced in that department, elephants being one of my favorite animals and all. Still, this little guy’s Singing in the Rain dance-out has the entire jungle in awe. So it can’t be just me.

In my humble opinion… “The Glee! team won’t shoot to Hollywood super-stardom without this guy.” Seriously. The little pachyderm has a soft shoe Gene Kelly would have envied. And with a trunk like that, he’s got to have a voice with more reach than Rachel’s. I’m just saying… But you decide.

What makes your heart sing … in the rain or otherwise?

In keeping with the Mystical Force of Music I talked about in my previous post, these videos of Andre Rieu and his orchestra show the true Magic of Music. The ability to make us smile…

Yackety Sax and All That

Colonel Bogey … You try NOT whistling…

The people in the audience aren’t the only ones having fun here!

Get Down with Glenn Miller

WARNING: This video has been known to result in serious Smiling and Dancing!

Please step up and send me your snail mail information!