Dialog molds characters into three-dimensions. What characters say, as well as what they don’t, reveals who they are. Dialog has the power to make a story and its characters memorable, whether in books, theater, film, or television. I shamelessly study any medium that’s raised the dialog bar. My current  interest is The West Wing. 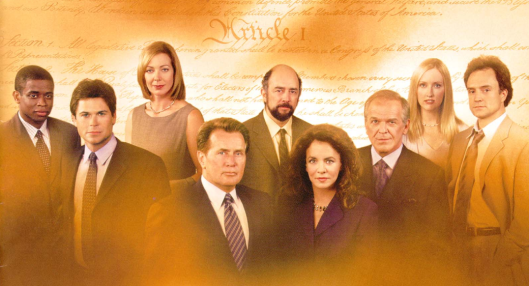 The Magic of the Cutting Quip 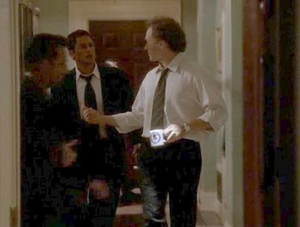 demand on Netflix, which is a testament to its raise-the-bar quality.

The snappy dialog, and the aplomb with which it is delivered, hooked me in the first episode. Centered around the day-to-day happenings surrounding the President of the United States and his staff, The West Wing tackles serious topics without sinking into the morose. The sheer genius of the dialog and its delivery balanced intense drama with just-right humor, while revealing nuanced layers character traits.

Such as when Sam Seaborn, Deputy White House Communications Director in the administration of President Josiah “Jed” Bartlet, deflects an attack of an irate woman for his stance on school funding:

Woman: Don’t play dumb with me.
Sam: I am dumb. Most of the time I’m playing smart.

Then there were the typos in the State of the Union Address.

As a writer, I may find typos funnier than most. But still. It’s The White House. Monumental decisions that affect millions of people go down there every day. So misspelled words in the State of the Union Address? Kind of (?) funny, if not a little embarrassing.

The following exchange happened during a read-through of the President’s State of the Union speech:

President: I’m proud to report our country’s stranger than it was a year ago?
Sam: Stronger. That’s a typo.
President: It could go either way.

Then later in the same episode:

First Lady: Why is hall#wed spelled with a pound sign in the middle of it?
President: I stopped asking those questions.

Dialog “Do’s” from The West Wing

2 thoughts on “Word Wizardry ~ The Power of Punchy Dialog”