The Cat-agious Movement Sweeping the World! 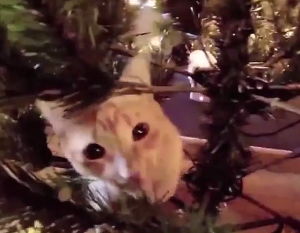 You thought your cats were just cute kitties–sweet and fluffy. Dumb animals that can’t grasp the concepts of an organized movement to reshape society. That they couldn’t instigate their own potent paradigm of social action based on contagious memes.

That there was no way they could comprehend the construct of a global revolution that evolved as a result of the Occupy Wall Street protest. That they weren’t paying attention.

Cat-agorically WRONG. You have no idea.

While protesters occupied Wall Street and you were glued to the TV, arguing with neighbors and 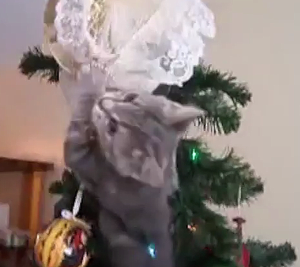 coworkers, and perhaps organizing an Occupy protest in your community…

A fatally feline hairball of increasingly sophisticated and dynamic change was purrr-posely set in motion.

A collaboration of such magnitude that it would transform the existing social order for the benefit of all cat-kind. Forever. Stealth and cunning, they waited for the perfect cat-a-clysmic moment to pounce… 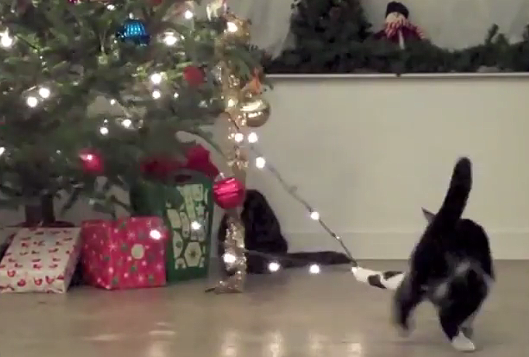 The Brazen Brains Behind #OccupyTree

Evidence of the claw-dacious overthrow is flooding in. Grinch, move over! Cats everywhere are commandeering Christmas, demanding food and adequate shelter for everyone in their feline family around the globe.

“WHO is responsible for this ferocious feline movement?” authorities are asking.

As I’m sure you’ve realized, this post is pure parody. However, feline famine is very real. In the spirit of the holidays, here’s what you can bring much-needed comfort to a few furry forgotten souls:

As Charles Chaplin once said:

Who feeds a hungry animal feeds his own soul