All These Things I've Done, Because It Is My Blood, Birthright, Gabrielle Zevin; YAppiest Day on Earth, Giveaways, YA, Young Adult

17 YA Authors + Disneyland = The YAppiest Day on Earth! 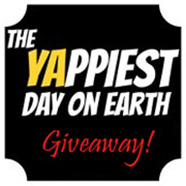 If you couldn’t make The YAppiest Day on Earth, you can still be one of the YAppiest crowd by participating in this giveaway. The YAppiness keeps rolling with FREE giveaways of epic reads by each of the 17 authors. You can win this book by following the Sweet Rules below.

This is the first YAppiest Giveaway! For a list of the upcoming giveaways, go here.

“Because It Is My Blood” (Birthright Book 2) 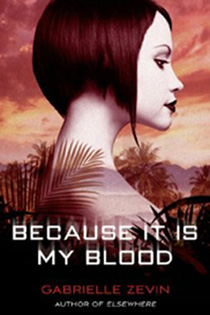 In 2083, chocolate and coffee are illegal. Anya Balachine is the teenage daughter of the most notorious (so notorious he’s dead) chocolate mafia lord. Family chocolateering aside, life was pretty normal, until she was falsely implicated in a poisoning caused by her family’s bootleg chocolate. Circumstances spiraled out of control, ending in a shooting that landed Anya in prison.

BECAUSE IT IS MY BLOOD begins with Anya’s release from Liberty Children’s Facility.  If prison’s taught her anything, it’s that she wants to be on the other side of the bars. Always. Anya Balanchine is determined to go back to her normal life, where all she had to worry about was falling in love with the wrong boy, and graduate from high school with the rest of her class.

Unfortunately, no school will to take her now that she has a gun possession and shooting charge on her record. Even more disconcerting, the people who were so important to her moved on while she was away. Her genius sister Natty skipped two grades and no longer needs her mothering supervision. Her best friend Scarlet is dating her old ex, and her used-to-be boyfriend Win is seeing someone else.

Things pretty much suck. And then they get worse when she’s driven back into the criminal world she was determined to escape. Her only hope is to leave the city and people she loves, and across the ocean to the birthplace of chocolate.

Dark and Rich, with Mysterious Undertones

Nothing is sugar-coated in Anya’s life, but her story is rich in mettle and meaning. It’s a rollercoaster ride of danger an intrigue, with friends that are enemies and enemies that  turn out to be friends.

Caught in her family’s mafia past, Anya makes a daring escape to Mexico where chocolate is still legal. On the cocoa farm where she’s taken in by plantation family, Anya learns the real truth and mystery of chocolate.  Anya discovers she can’t run from your problems, when her past seeks her out in Mexico and endangering the family who have treated her like their own.

Anya returns to New York ti deal with her mafia relations, and face the lengths they’ll go to take over the failing Balanchine chocolate empire. Her personal relationships are no less messy, and honesty and forgiveness don’t come easy for Anya. But Anya has to dig deep and realize her  convictions, and devise a plan to restore her family’s company and bring it back to the honest side of the law. The decision is the right one for Anya, but it could cost her the boy she loves and bring retaliation from family members set on keeping Balachine chocolate illegal. 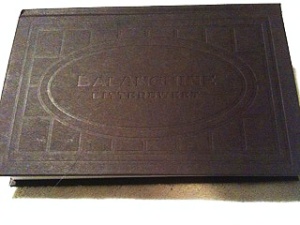 I love this book for its rich world-building, complex characters, mafia intrigue that kept me guessing, but most of all for its heart.

And as if that wasn’t enough… the cover underneath the dust jacket is embossed to resemble a bar of Balanchine bittersweet chocolate!

BECAUSE IT IS MY BLOOD is the sequel to the first Birtright book, ALL THESE THINGS I’VE DONE. And because I LOVE these books so much, and want you to enjoy the full awesomeness of Anya Balanchine’s story, one lucky person will win BOTH Birthright books!

NOTE: This giveaway is open to residents of the United States and Canada only, due to shipping costs. My sincere apologies.

I’ll tally the entries and choose a winner at random, then announce it on this blog on Saturday April 27th. Good luck!

Stay tuned for these YAppiests Giveaways!