Do you have a young reader who isn’t into fiction, yet wants books that are fun? Or perhaps there’s a summer reading requirement looming, and it’d be easier to hog tie the Hulk than to get your kids to read over vacation?

Well…put away the lasso and forget about the Hulk. Your kids will be begging for more, and you’ll want to read these books too. Yes. They’re that good! Thank me later. 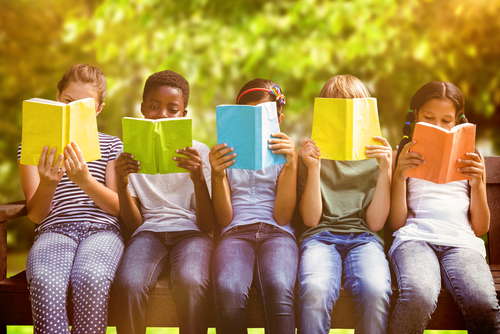 I discovered Steve Sheinkin’s work at a Society of Children’s Book Writers and Illustrators (SCBWI) summer conference a few years ago. Sheinkin is a master of finding the fun in history, and narrating the facts in an engaging voice and at a thrilling pace. If there were history books like these when I was in middle school or high school, it’s all I would’ve read.

This may sound like a crime thriller, because it is. But trust me, it’s not fiction. Someone actually stole President Lincoln’s body, and this fast-paced recounting of the events will have you on the edge of your seat, turning

the pages until you’re done.

On October 20, 1875 Secret Service raid the Illinois workshop of master counterfeiter Benjamin Boyd and arrest him. Soon after Boyd is hauled off to prison, members of his counterfeiting ring gather and devise a plan to get Boyd back: steal Abraham Lincoln’s body from its tomb, stash it in a secret location, and demand as ransom, the release of Boyd—and $200,000.00 in cash.

The action of this true crime thriller alternates among the conspirators, the Secret Service agents on their trail, and the undercover double agent moving back and forth between the two groups. Along the way, we get a glimpse into the inner workings of counterfeiting, grave robbing, detective work, and the early days of the Secret Service. The story races toward a wild climax as robbers and lawmen converge at Lincoln’s tomb on election night, 1876. [Jacket flap]

This story is close to my heart, because I graduated from a university that played an important—top-secret—part in the race to develop America’s atomic bomb. I didn’t find this out until long after I graduated, and I can’t say I’m proud of the fact. However, this book helped me to reconcile some of my feelings about the United States’ development and use of this deadly weapon. If not us, someone else would have done the same and with potentially more horrific results.

No matter your viewpoint, this telling of the events leading to the creation of the first atomic bomb will keep you spellbound until the last page is turned.

In December of 1938, a chemist in a German laboratory made a shocking discovery: When placed next to radioactive material, a uranium atom split in two.

That simple discovery, dealing with the tiniest of particles, launched a cut-throat race that would span three continents. The players were the greatest scientists, the most expert spies, hardened military commandos, and some of the most ruthless dictators who ever lived. The prize: military dominance over the entire world.

2 thoughts on “Nonfiction fun ~ When the truth is more fantastic than fiction!”