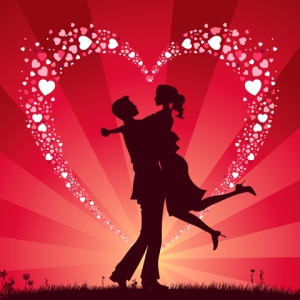 Shakespeare was the first writer to popularize the Romantic Comedy (Rom-Com) with A Midsummer Night’s Dream and his other comedies. Who knew?

The invention of moving pictures brought back the Rom-Com craze, reaching new heights in the 1930’s and ’40s with such screwball comedies as Bringing Up Baby, Some Like it Hot, and It Happened One Night.

Rom-Com fever faded away for a few decades, then made a big comeback in the 90’s with Pretty Woman, When Harry Met Sally, Sleepless in Seattle, and While You Were Sleeping to name just a few.

One of My Fave Rom-Coms: Never Been Kissed 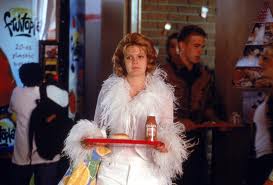 Some people wish they could go back to high school, knowing what they know as an adult. Twenty-five year-old copy editor Josie Geller (Drew Barrymore) gets the chance to do just that, with the opportunity to nab a story on the state of America’s youth for her Chicago paper. The only problem is, Josie was a total geek in high school, which her brother Rob (David Arquette) reminds her of … along with her nickname: Josie Grossie.

Josie has no choice but to enroll in high school and face her nerdy demons. But she 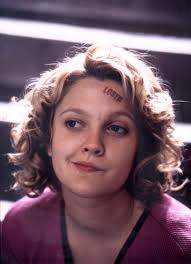 soon learns that the seven years since her graduation didn’t bring her any closer to coolness. She quickly befriends Aldys (Leelee Sobieski) the bookish mathlete, and gets her handsome English teacher Mr. Coulson’s (Michael Vartan) attention by reciting a romantic except from Shakespeare in class. While Josie is geeking out, a rival paper scoops the underage drinking and teen promiscuity story, and Josie’s boss is livid.

To land the story that will save her job, Josie sets out to infiltrate the cool girls’ clique, only to end up making a bigger fool out of herself in front the cool kids and her English teacher at a local club. She’s left branded as a Loser. Literally. 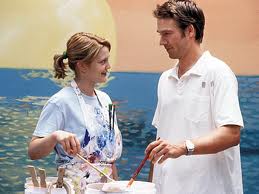 Rob, the ultimate Cool Dude, hears of Josie’s latest escapades and intervenes by enrolling in high school. True to form, Rob instantly becomes Mr. Popular, giving Josie the street creds she needs to win over the cool girls and get Guy — the hottest boy in her class — crushing on her. Sparks start to fly between Josie and her English teacher, and as her feelings deepen for Mr. Coulson, her boss turns up the heat, demanding a defamatory article on inappropriate relationships between teachers and their students.

The path Josie takes to acing her story with integrity, and winning the guy of her dreams, is as empowering as it is satisfying.

We all have at least one Rom-Com we love to watch (over and over). I have several. In honor of Valentine’s Day, come clean and shout it out!

To know you (and your rom-com fave) is to love you.

16 thoughts on “Rom-Coms ~ The Lighter Side of Love”