Blake Snyder, Dig a Little Deeper, Jose Siliero, Save the Cat!, The Princess and the Frog

What makes a story resonate? … The truth of its theme.

Simple, huh? Maybe for the Writing Pros, but when I first started on my writing journey? Not so much.

The THEME of a story relates to what the main character needs to become whole, happy, or fix a major character flaw.

How does that work, exactly? Glad you asked. The main plot (A story) focuses on the main character’s desire, what she wants. Then the subplot (B story) facilitates her coming to realize what it is she truly needs, and that changes her life.

Sound like gobbledy-gook? Yeah, I thought so too. I needed visual examples. Which is why Blake Snyder’s “Save The Cat!” approach to story works so well for me. Let me break it down for you… 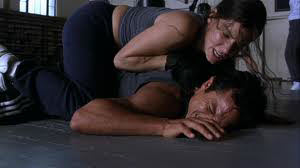 In Miss Congeniality, Gracie Hart (Sandra Bullock) is a woman in a predominantly male profession. She “wants” nothing more than to excel at her job and be taken seriously (A story). So much so that she shuns her femininity. The theme of this story comes out when Gracie states that she doesn’t need to worry about being feminine because she’s a FBI agent.  But is that true? 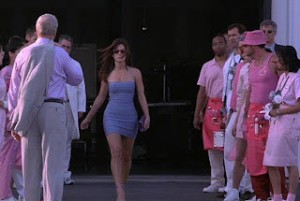 What Gracie “needs” is to realize that she will be more successful at her job by accepting her femininity, without dumbing-down. Through her interactions with the other beauty contest contestants (B story), she comes to realize that she can be tough and feminine. And it’s that combination that wins Gracie true respect from her fellow agents, along with the professional and personal success she’s been seeking.

me. But, no. It took me a few stories and as many workshops for this concept to finally sink in. I’d be struggling with how to fix the story mess I had on my hands, when Jose would ask calmly, “What does your character want? What does your character need?” And as if by magic, I’d see the solution! (Hint, hint! Jose’s Beat Sheet Workshops are awesome!) Image credits: Miss Congeniality

That’s what Blake Snyder would say whenever someone was stuck on a story beat that had to do with theme: “Dig a little deeper.” 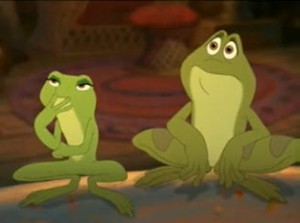 So, it’s no wonder that I had another one of those “jump out of my seat in a packed movie theater” moments when the following scene from The Princess and the Frog  (Walt Disney Pictures) played across the screen. It was like Blake and Jose were the ones who were up there singing. Seriously. 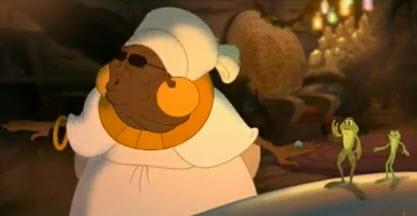 Mama Odie tells the two main characters (who were turned into frogs by black magic): “You all want to be human, but you’re blind to what you need.” Then bursts into song…

This scene is hilarious, because it’s so true!

The “Save The Cat!” Giveaway WINNERS Are….

Yes THREE, count them THREE winners! BJ Markel, a long-time friend of Blake’s, is helping to support this Giveaway in Blake’s honor.

8 thoughts on “Dig Deep for a Story that Resonates”