Even if you’re not into classical music, you’ve probably heard of Joshua Bell. Meg Cabot mentions him in her Princess Diaries series and Vanished series. Or maybe you heard about that guy—the famous musician who played in a train station and no one noticed him. That Guy, was Joshua Bell.

The Urban Legend That Isn’t a Legend

In 2007, Joshua Bell posed as a common busker in a Washington D.C. metro station 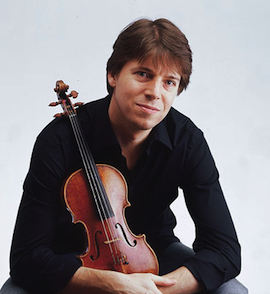 (during morning rush hour) as part of an experiment initiated by Gene Weingarten of The Washington Post. Only seven people, out of thousands, stopped to listen to him. Only one person recognized him. ONE. You can read the full story here.

Since then, Joshua Bell became known as “that guy” who played in a train station. Some people actually told him the story about that guy, not realizing he was that guy. He commented on Twitter that he felt he was in danger of being best known (in his career) as that-guy-who-played-in-the-train-station, and his tombstone would read: “Here he is, underground again.”

The Encore that Packed the Train Station 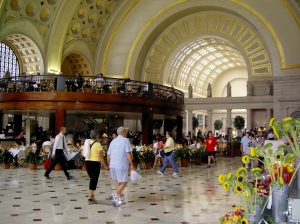 A cavernous train station is not the usual venue for a classical music superstar. Joshua Bell has played in all the major concert halls around the world. So why would he want to go back to a train station where he was blatantly ignored in 2007?

You can let a situation define you, or you change the situation to reinvent the definition.

That’s just what Joshua Bell did. On September 30, 2014, Joshua Bell turned the tables on DC’s Union Station and created a the ultimate public experience for classical music. This time, his performance at DC’s Union Station was highly publicized and people came out in droves. People who knew the story, but may not have known anything about classical music, packed the gigantic space, pressed shoulder to shoulder, 1500 strong. [image: morguefile.com] 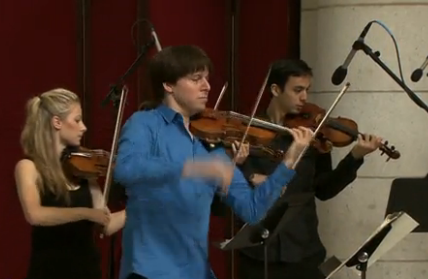 Joshua Bell played the same music he did as an incognito busker (2007), except this time he held a capacity crowd spellbound. You can listen to the entire concert on YouTube Here.

The sheer size of the crowd that greeted him, and the warmth of their reception, made this encore a fitting compliment to his first train station experience. More important, he and the young artists who accompanied him brought beautiful music to the masses. I can’t think of a better ending to the story.

Honesty Hour: I feel compelled to write about Joshua Bell’s encore performance, because I’ve referenced his 2007 busking stint in two other blog posts. I never referred to him as That Guy. Not once. Honest.

The following PBS NewsHour video shows footage from Joshua Bell’s first busking experience and clips from his recent encore performance. In the personal interview that follows, Joshua Bell talks about the fate of classical music and the importance of keeping music in schools.

Joshua Bell puts action behind his words, contributing time and energy to the Education Through Music (ETM) program, among other philanthropic endeavors.

Most recently, he taught a Young Arts Master Class—some of his students accompanied him in his Union Station encore performance—which was the basis for a HBO documentary. See the following trailer for details.